Why Not the Slav?

The Slav and the London system are quite a popular pair of openings - frequently complemented by the Caro Kann against 1.e4. And if my first project had been on the Slav, quite likely the London would have appeared a natural continuation. However, with the London coming first, I didn't really consider following up with the Slav. This isn't quite as silly as it may sound:

While I enjoy playing a reversed opening with White (see my posts on 1.a3) - looking for a good way to use that extra tempo, I find it quite uncomfortable to go the opposite direction - taking an opening which I play with White and play it a tempo down. There certainly will be related lines but a tempo down they almost always are slightly worse. 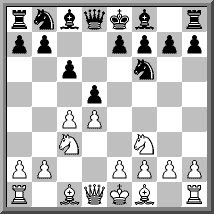 a) 4...Bf5?! followed by ...e6 and a typical London position would be Black's preferred move if it was playable. However, very few strong players use this move regularly with Black - probably with good reason as White scores around 80% with 5.cxd5! cxd5 6.Qb3 (a database search hints that there may be more to this than is generally known so I may return to this subject).

b) 4...dxc4, which gives up Black's central foothold but wins some time for development, is Black's traditional main continuation. After 5.a4 Bf5 the position has some resemblance of a reversed London. However, the pawn exchange is generally considered undesirable and for London players mainly interesting as an example of how to handle the position if something goes wrong.

c) The Semi-Slav 4...e6, which locks in the light-squared bishop, can lead to very interesting positions if White plays ambitiously but isn't very similar to a London set-up.

d) 4...a6!? - the Chebanenko Slav - is a more recent try for Black. Now when Qb3 can be met by ...b5 or even the exotic ...Ra7, ...Bf5 becomes an option for Black in certain lines. This is a very interesting idea but seen in a London perspective not very attractive. While a3 frequently can be useful in London, it has quite low priority. Consequently Black is not just his normal tempo down - in many respects he is closer to two tempi behind a normal London line.

e) 4...Qb6!? has been played by many strong players, most recently by Kamsky. Black prepares ...Bf5 by defusing the Qb3 option but it must be admitted that this system is more solid than exciting and it seems that White has several paths to a small edge.

Posted by Sverre Johnsen at Thursday, August 28, 2008 No comments: Links to this post

In a previous post I got a question about why I didn't follow up the London book with one on the Slav Defence. I am eventually going to say something more about that but first I would like to point out some similarities between the Dutch Stonewall and the London System: 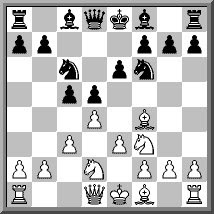 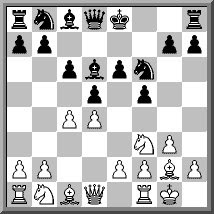 See the similarity?
Posted by Sverre Johnsen at Monday, August 25, 2008 No comments: Links to this post

I was very happy when I got Simen Agdestein on my team for 'Win with the Stonewall Dutch'. He is one of the real pioners for the modern version with ...Bd6 rather than Botwinnik's classical ...Be7 Stonewall. Simen is not as active on the tournament circuit as he used to be, and even though he has started well in Tromsø's Arctic Chess Challenge, he is most of all the head of NTG's delegation of young chess students. But Simen is still capable of beating almost anybody and he still plays the Stonewall forcefully:
M.Turner (2493) - S.Agdestein (2583)
Arctic Chess Challenge (5) 2008 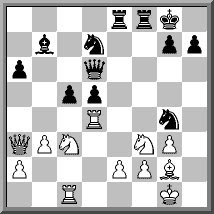 White tries to fend off the attack by tactical means. It backfires badly but it seems White had serious problems anyway.

Posted by Sverre Johnsen at Thursday, August 07, 2008 4 comments: Links to this post