The Future of Kung Fu Chess 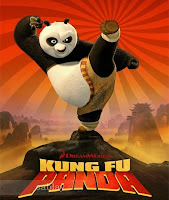 I never intended this blog to be just a collection of reviews and references to other sites. But for another two weeks I don't expect to have much time available. Therefore I today refer my readers to the excellent Streetham & Brixton blog which has some news on Kung Fu chess, which is one of the relatively few chess variants I enjoy. Apparently Tempest is the place to go for Kung Fu Chess enthusiasts.

It may not be an easy game to implement, but in my opinion Kung Fu chess deserves a place on at least one of the major servers (like ICC, Playchess or FICS). Or - on second thought - maybe that is turning the argument on its head? Maybe I should wish Tempest good luck in their attempts to become a major chess server?
Posted by Sverre Johnsen at Wednesday, September 30, 2009